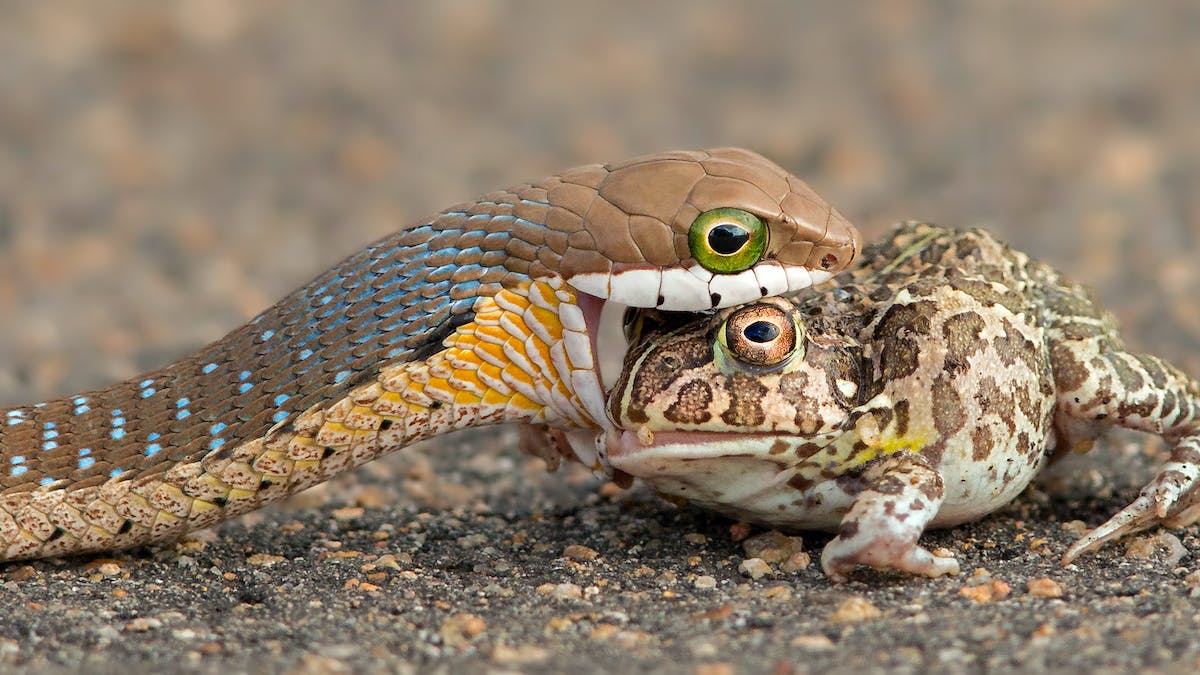 Dispholidus typus is a terrestrial snake species that is widely distributed throughout Africa. It is indigenous to Africa and not introduced to any other regions. This species is most commonly found in the central and southern regions of the continent. They are most abundant in Swaziland, Botswana, Namibia, Mozambique, and Zimbabwe, but have been observed as far north as Nigeria and southern Chad, and have been reported as far east as eastern Guinea. Marais, ; Toit, Dispholidus typus is found in a variety of ecosystem types throughout Africa. They are commonly found in karoo scrubs, arid savannas, and east African lowland forests that range in elevation from to m. Karoo scrubs are low-lying semi-desert areas unique to South Africa. They have numerous dry seasons throughout the year. The vegetation is composed of a large variety of short, low-lying trees and shrubs. A savanna consists of a variety of grasses with several species of small, single-stemmed trees.

These magnificent structures consist of various chambers, occupied by mating pairs and their chicks, and are usually built around sturdy acacia trees. Then they gorge themselves. Afterwards they often rest for a while on top of the nest or move on to search for more food. Exceptionally large eyes and an egg-shaped head characterise the boomslang. In this species the dimorphism is colour, and the boomslang in the image is a male. Males have a variety of colour shades from solid bright green to rust-red or a combination of black and yellow. Females are a dull olive-brown or grey colour. Hatchlings and juveniles are grey with a massive emerald green eye, but change to the colours of the mature adult when they reach around one metre in length. The boomslang is mostly arboreal, spending a lot of its time in trees, and diurnal, meaning it is active during the day. It feeds on birds, nestlings, frogs, lizards and occasionally small mammals. The boomslang is a highly venomous snake and is back fanged, which means that its fangs are located towards the back of its mouth.